A Different View Of An Old Classic (con't)

Recently, we examined two very controversial verses.  At the center of the controversial verses is the interpretation of the phrase, the Word, translated from the Greek word logos.  We have been taught that this Greek word logos, which was translated into English as the Word, was later made flesh (John 1:14) and came to be known as Jesus the Christ.  However as the Strong’s Complete Greek and Hebrew Lexicon pointed out, this Greek word was first used by a Greek philosopher named Heraclitus.  At the end of the 6th century B.C., Heraclitus made the word logos a central concept of his Greek philosophy where he believed the term was the underlying substance of the universe, the power behind the order in the world, and the order itself.  He was the first to believe that this logos or a rational divine intelligence gave life to the world.  He believed this rational divine intelligence, which today is referred to as being the mind of God in some scientific circles, produced the order and pattern in the things we encounter every day.  He believed this divine force was similar to human reasoning where no man had a soul of his own, but each shared in a universal soul-fire.  He even believed his own thoughts partook of this rational divine intelligence.  He became famous for his doctrine of change being central to the universe and the unity of opposites where existing things were characterized by pairs of contrary properties.  He believed that all things existed in accordance with this logos that was the coordinator of the changing universe.

Read more »
Posted by Kingdom Worker at 8:32 AM No comments:

A Different View Of An Old Classic

There exists a passage that has been interpreted to imply that Jesus was there in the beginning with God when he created all that was created.

In the beginning was the Word, and the Word was with God, and the Word was God.  The same (the Word) was in the beginning with God.  These two verses have created more controversy than any other verses in the Bible.  While it is true that there are many misinterpreted passages from the Bible, many have their foundations based on the interpretation of these two verses.  At the center of the controversy is the phrase, the Word, translated from the Greek word logos.  This word has been analyzed, examined, investigated, scrutinized, evaluated, questioned, explored, considered, and reconsidered resulting in no concrete determination as to the true interpretation or meaning of the phrase.  Below is an insert taken directly from the Strong’s Complete Greek and Hebrew Lexicon.  Examine the many different definitions and see if you can determine the true interpretation or meaning of the phrase.

Read more »
Posted by Kingdom Worker at 8:24 AM No comments:

Do You Believe Jesus Was Tempted? (concluded)

To be tempted in all points as we are, with every temptation known to man and not give in to a single one is simply amazing.  The scriptures tell us that he was without sin.  To endure two major battles at the same time in a forty-day span is just too difficult to wrap one’s mind around without completely being mesmerized by the details.  First, the earthly battle between his spirit and his flesh and then the spiritual battle between his spirit and the devil, in which he was victorious in both.  Now, how impressed are you with the awesomeness of our high priest, Jesus Christ?  We have discovered that the level of awesomeness totally depends on whom or what a person believes Jesus to be.  While many claim to believe in Jesus, the controversy surrounding his identity has made it more and more difficult to separate the fact from the fiction.  And while we understand that you may know Jesus, bear with us as we share with everyone else some of the descriptions we found for the one every claims to know.

Read more »
Posted by Kingdom Worker at 8:53 AM No comments:

Do You Believe Jesus Was Tempted? (continued)

So how awesome does this make our high priest, Jesus Christ?  To know that he was tempted with every temptation common to man and yet he was without sin is simply amazing.  Let us continue our examination into the temptations of our high priest.

And Jesus being full of the Holy Ghost (Holy Spirit) returned from Jordan, and was led by the Spirit into the wilderness, being forty days tempted of (tested by) the devil.  And in those days he did eat nothing: and when they were ended, he afterward hungered (was hungry).  And the devil said unto him, If thou be the Son of God, command this stone that it be made bread.  And Jesus answered him, saying, It is written, That man shall not live by bread alone, but by every word of God.  And the devil, taking him up into an high mountain, showed unto him all the kingdoms of the world in a moment of time.  And the devil said unto him, All this power (authority) will I give thee, and the glory of them:  for that is delivered unto me; and to whomsoever I will I give it.  If thou therefore wilt worship me, all shall be thine.   And Jesus answered and said unto him, Get thee behind me, Satan: for it is written, Thou shalt worship the Lord thy God, and him only shalt thou serve.  And he brought him to Jerusalem, and set him on a pinnacle of the temple, and said unto him, If thou be the Son of God, cast thyself down from hence:  for it is written, He shall give his angels charge over thee, to keep thee:  and in their hands they shall bear thee up, lest at any time thou dash thy foot against a stone.  And Jesus answering said unto him, It is said, Thou shalt not tempt (test) the Lord thy God.  And when the devil had ended all the temptation, he departed from him for a season (Luke 4:1-13).

Read more »
Posted by Kingdom Worker at 8:07 AM No comments: 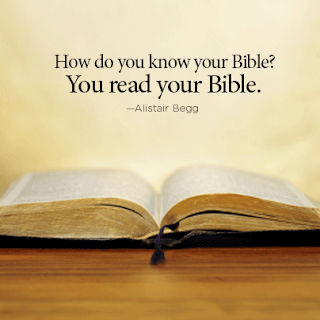